A few updates on ongoing projects.

I was supposed to filter and bottle my latest batch of sweet orange tincture a week ago, but between being out of town last weekend, and storing the jar a little more out of the way than usual, I neglected it until now. I doubt the extra week made any significant difference. If there is enough audience interest, I could do a taste test. 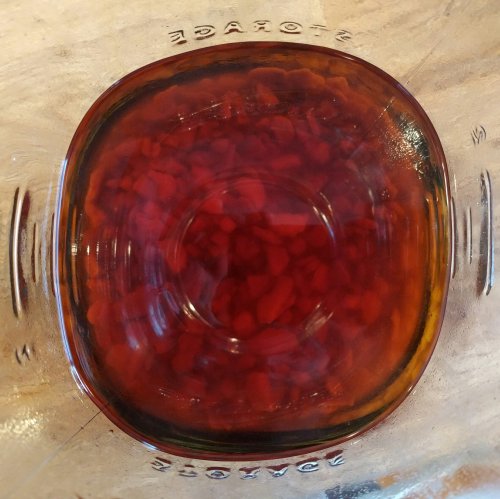 My Morgenthaler style cherries have been soaking for two weeks now. Given that they were originally packed in sugar syrup, I am surprised that they are not all that sweet. They are nice and sour, and have taken on plenty of flavor from the Amaretto. I don't taste the Maraschino all that much. Next time, I might increase the Maraschino and decrease the Amaretto a bit. There is also a slight roughness that I think more time will take care of. Obviously, they don't have the vinegar bomb of the pickled cherries. I haven't decided yet if I miss that. I guess I could always add a shot of vinegar to the recipe.

On the subject of Morgenthaler, I decided to give his orange bitters recipe a try. I am starting with a half recipe, because I only have half a bottle of overproof rum at the moment (had, that is. Now I have none.) I have also made a few minor substitutions and additions.

After a week, I will add 7/8 oz simple syrup and let sit for another week.

The original recipe just calls for orange peel, without being more specific. I assume it means sweet orange peel, but I decided to split between sweet and bitter. It also calls for caraway seed, which I couldn't find today. After consulting the Internet, I substituted cumin and fennel. I have been warned by a non-internet entity that they are really not at all alike, but they are at least similarly strong flavors.