So, no new experiments means no new blog posts. What can I do about that? Come up with a new focus for the blog, of course.

I am going to start writing whisky reviews.

So here's my idea: Reviewing whisky through cocktails 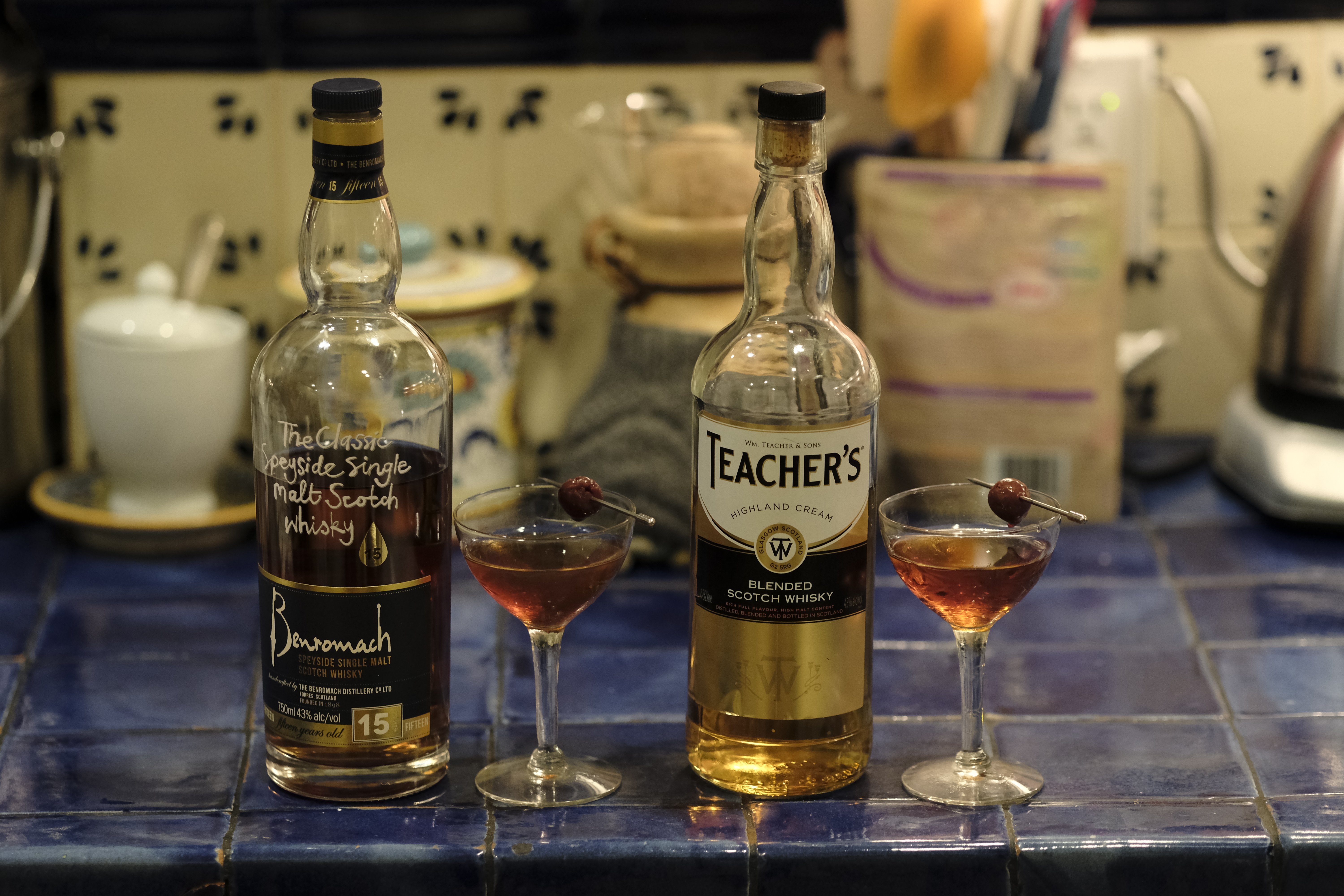 To be fair to my whisky friends, several of them do in fact like cocktails. Just not most of them. Even my friends who like cocktails cringe at the concept of mixing with "good" whisky. I want to make them cringe even more, so I have decided to review whiskies by mixing them into cocktails.

For each review, I will select a whisky from my collection, and pick a cocktail that I think will showcase the spirit properly. I will then compare it to a cocktail made with one of my standard "mixing" spirits. My goal is to find out whether it is worth it to mix from the top shelf, or if it really is just a waste of money.

And with that, lets get into the first review: Benromach 15 vs. Rob Roy

The Rob Roy is one of my favorite drinks (scotch, vermouth, bitters, what's not to love.) I usually make it with Teacher's Highland Cream (sometimes, I'll throw a dash of Laphroaig 10 in as well) and whatever vermouth I happen to be enjoying at the moment. Today, I am cracking open a bottle of Vermut Lustau, a fantastic sweet vermouth which uses oloroso sherry as its base, instead of white wine, and px sherry as the sweetener, instead of caramelized sugar.

Naturally, I wanted to pick a sherry aged whisky to pair with the sherry based vermouth. I also wanted something with a moderate amount of peat, to match up with the Teacher's. After perusing the shelf, I wound up grabbing the Benromach 15. It's lightly peated, lightly sherried, and relatively lightly priced as well. Generally just a lovely whisky. So is it worth mixing?

Well this is a bit anticlimactic. They're both good, but that's not really enough here, is it? I probably should have picked something a bit more assertive (especially if I want to draw people in with my first review.) The Benromach certainly creates a worthy variation, but it's not something I'll go running back to.

I think I'll aim to write one or two of these every week. Some possible future reviews: